Visuals are more likely to be remembered for a longer run than words, that’s a scientifically proven fact. Visuals are easier to grasp and understand, they are catchier and more effective, they stick to the memory longer and faster because visual sense is considered to be dominating. Gradually, visuals are gaining more importance in education, business and other fields.

Visual and auditory senses have more power to influence human brain versus words, and there are three main variations, so let’s take a look at different variations and figure out which one happens to have more power over our brains and why.

Only seeing something is good. We all had that one person in our class that just looked through the material, yet passed the test with a better score than you, just because he had a photographic memory, whereas you had to read it for many times. Or how many times you skipped the pages and stopped more on the photographs rather than the texts? Less words and more pictures automatically increase interest in the material. It’s easier to get your point across the audience in this way. The only downside to this is the absence of action. Only pictures tend to be not enough for the maximum result in influencing the brain to memorize a certain idea.

This is very similar to the ”Only visual” phase in terms of being good, yet not enough. Auditory is fast and simple. Just like audiobooks: you don’t do anything, you just let your hearing do the job. For someone that doesn’t like to read and would rather have someone read it aloud for them, it is indeed a great solution. However, only auditory lacks the picture since the ideas you get are mostly vague. Here we step into the third and final category:

Visual+auditory=a video. Simple as that, the combined group includes all the variations of video animation types. How many times have you chosen watching the movie instead of reading the book, cause it’s easier to understand with the help of visuals, actual human emotions  and voices combined? Honestly, I would say…every single time there was an opportunity to do so.

You may have a reasonable question – why is it so?

Here is the thing, our brains operate through images.

People have a bigger capability to remember what they see and hear simultaneously, rather than what they read. Processing information through visual and auditory senses helps retain the information better and stick it to the memory way faster. You don’t usually have to rewatch a movie scene, but most of the time you need to go back and read a sentence again, to make sure it’s understood and ”sealed” into your memory.

This is the most brief explanation of how video influence on the brain. Videos greatly affect our brains in our day-to-day life as well. For instance, businesses use explainer videos to introduce and sell their product or similar animated and  scribe videos are used in education. According to Haig Kouyoumdjian’s research in 2012 the effective use of visual content can easily decrease the time spent on studying or it can highly increase the sales of a particular product.

A few of the main reasons videos work the best, is because they are:

Using Video explainers is one of the best ways to catch the eye of a possible consumer. Video explainers quickly get your attention – they are short, cartoon-style, fun animations, that both intrigue you and makes you want to try the product. And that became the ground for Neuromarketing, a the field of using neuroscience propositions in order to detect consumer needs through studying their cognitive behavior and sensorimotors for marketing purposes. According to Forbes ” …We [humans] are largely motivated by what makes us feel good, especially when it comes to our purchasing decisions.”

As obvious as it may seem, it is undeniable that human behavior is based on and triggered by their needs to make them feel good. So as a business that aims to satisfy the demands of their potential customers, companies should do research on how human brain operates in order to understand how to please them.

Explainer video has to excite and interest the consumer. Just like movies hold our attention from the beginning till the very end, making us more and more interested in what’s going to happen next, video explainer animations operate the exact same way, only shorter. That is why it’s crucial to pay attention and put a lot of effort into the making of the video. That includes the right theme, background music, colors, etc.

Now what the video explainer with the same information

Why use animations as a promotion tool ? from YOUNIQ on Vimeo.

Which of them was more entertaining and easy to understand and remember?

To sum up, it is important to remember that our brains always need an image: when you read or hear an idea, you picture it in your mind. But with the help of explainer videos, your mind doesn’t have to do the extra job cause everything you need to know is already provided.

Other than having marketing benefits for the company, there is one more point that makes video explainers such a powerful tool – the ”emotional bond” effect the video tends to have on people. It creates a silent trust towards the company. A good explainer video should be one that will help the customer either make the decision themselves, or to at least think that they did. That is why creating a funny, witty and interesting video content is such a crucial task to achieve for any business that wants to succeed. 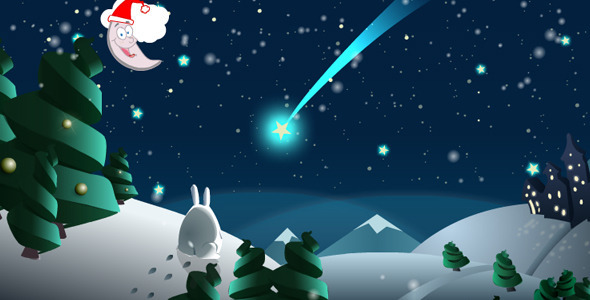